I have a chicken and orange egg situation. Did my feeling like a fruit of the loop start before the orange theme or has my state of mind been affected by the insidious nature of the colourway. It is obviously catching too because the 5 yo came home with an original computer generated piece of abstract art yesterday featuring the o word. For the record I have not discussed this with her. I guess it is just serendipity. 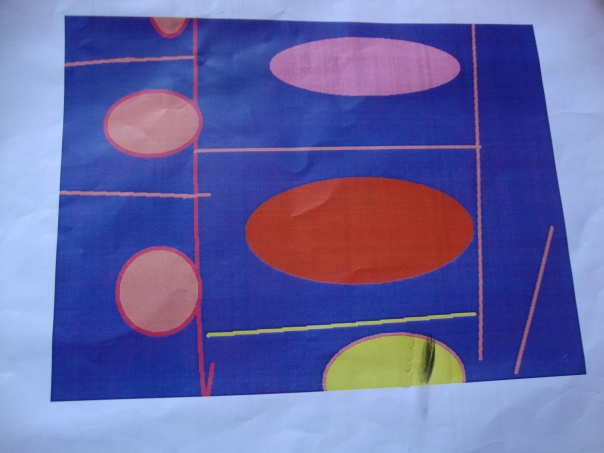 Before that distracted me I was planning to do an orange top ten. There are quite a few songs with an orange connection, but most of them are shit. I tried to let Johnny Cash past (because I like him) with Orange Blossom Special, but he did not survive the final top ten cull due to some awful harmonica interludes. I have also left out the very obvious REM track because it is too depressing. The three left on the list are not too bad considering the terrible orange curse that benights them…

NB This is a punter’s anthem.

A sifaka busting some moves