My mind has a habit of riffling through all the unthought things from the day, giving me busy night and then handing me a mental to-do list in the morning. At the weekend it was ‘go to Scotland, on a train, lose your coat and your phone’. The morning list contained lots of, I admit it, helpful suggestions for some things I am working on. So it is not all bad.

Last night I don’t remember what it was all about, but it was tiring. I need another night, now.

This is the dog on the foreshore doing his thing.

20 miles per hour from Kent to Essex

If the tide is out I walk towards Kent where the cockle-pickers can sometimes be found working. There was only one out there the other day. Someone else came and stood on the beach and bawled at him, or her, in a different language. Maybe it was something about the tide, or tea time.

In the background of the shot (same time, different colours from Photo I yesterday) you can just make out the industry on the Isle of Grain in Kent and if you look hard enough there is also a ship. I like walking on the shore, with its mix of sand, mud and stones, but it makes me think of the Chinese cocklers who died in Morecambe Bay some years back. The Thames Estuary is not nearly as treacherous, Morecambe Bay has quicksand, but the tide still comes in quick enough to make me cautious and there are reports of people being rescued from the mud in the local paper every year.

One year an Orthodox Jewish woman had to be rescued from her deckchair by the Fire Brigade as the tide came in quicker than expected. She was up near the prom with full view of the incoming water, further out on this strange flatness it would be easy to get caught out.

I constantly rue the fact that I have a Blackberry with a rubbish camera and my actual camera is a basic digital model. I should carry the camera with me at all times, but of course I don’t. Yesterday the Blackberry was out of battery when I was out with the dog, so I tried a few shots with the work phone – an old-fashioned Nokia with a 3.2 mp camera.

I was quite pleased with the results. It coped better than the Blackberry would have, even with a fully-charged battery and its 5 mp camera. I am still under contract on the Blackberry but I would love to be rid of it (especially as it has developed some idiosyncratic keyboard habits) and get a Nokia N8 or iPhone.

Anyway, whatever the kit, taking photos takes me out of myself in the same way writing does, except better, because it cuts out all the cognitive crap in between you and your relationship to what you see. It is like a shortcut in; an in to the essence of all things, which is totally absorbing.

Yesterday the sun was going down. The wind was freezing. The dog was charging around at 25 mph, splattering me with mud. I needed a hat, gloves, coats and wellies: I had none of them. My internal dialogue chuntered on, as it does in its old womanish way, about aggravating my dodgy bronchials, but once the phone was out and I was taking picures (blind, more-or-less directly into the sun), none of that mattered. In a short time the range of colours out on the foreshore were amazing.

Here’s one I like, although it’s a bit dark. Another, perhaps of the dog, tomorrow.

The Crowstone marks the end of the Port of London’s Authority on the Thames. 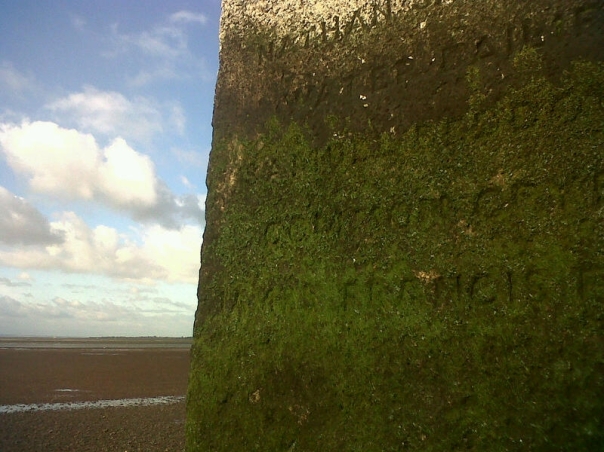 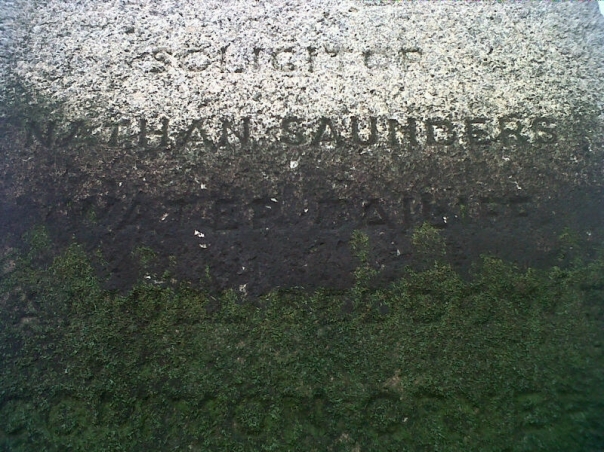 Posted in Architecture, Be not idle, Biophilia, Philosophy, Photography

A break in the clouds

The dogs on the beach ban lifts for 6 months in October, so Rudi and went down the other day and pretty much had the place to ourselves, apart from a few cockle pickers further out on the mud.

I wanted to take the camera down there but the battery was flat and I couldn’t find the charger so I had to make do with the Blackberry. How it would have all turned out with a proper camera I will never know. Life can just be like that sometimes. 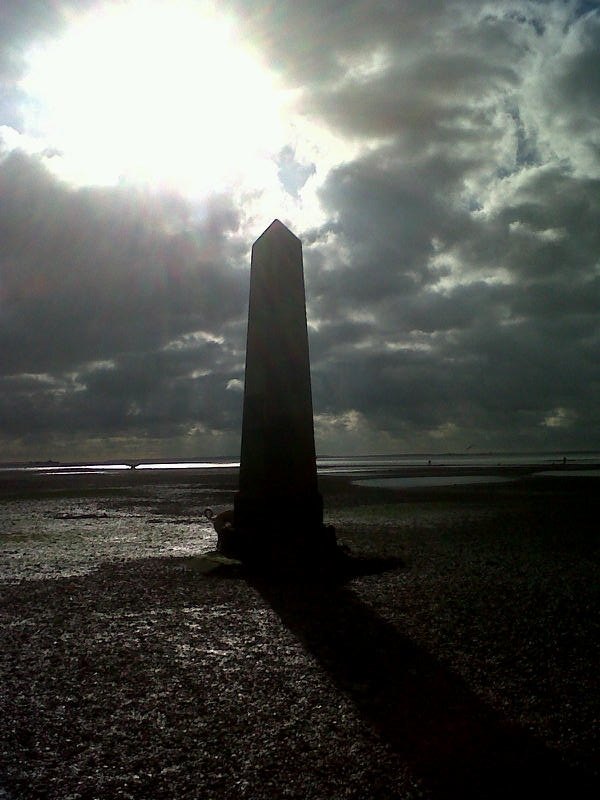 The Crowstone with dog on the foreshore