I’ve been thinking about our Chancellor. Imagining him as this great gambler that the opposition suggest he is. He doesn’t fit though. I can’t see him round the paddock. I can’t see him chucking a few quid on a favourite as the money pours in for it as they go down. I can’t see him siding with an outsider at a huge price in the manner of the great speculators. I’ve looked at the dog track too. Is George hanging around with a big pie and bag of money? No, I look hard, he’s just not there. If he does fit a gambling profile it would only be one of those who do the football sheets the bookies print up for a Saturday. Playing the long game, looking at everything in the round. Waiting for a whole afternoon to see where you stand. That’s pretty bloodless (but probably smart) stuff to me. Our George is no gambler.

Anyway, that’s enough thinking about him. What I was going to say was: one of the upsides of never sticking at anything for more than five minutes before now is that I have managed to work in most job sectors: voluntary, now snazzily titled The Third Sector, the private and now the public. On the way, I have managed to pick up at least three pension policies (one of which I have lost, but after yesterday I’m not going there) and I wonder if what I am saying is that with experience of working for charities, investment banks and education (whilst also having a whirl in retail, administration and dog-walking) can I see all sides of the Spending Review? Certainly I have no final salary pension to cloud my vision and when I do the maths of half a million public sector jobs to go against many more to potentially be created in the private sector I wonder if it is all as bad as I feel it might be.

I hate to admit it, but there is undoubtedly waste somewhere in the state. It’s just I’ve never seen it or delivered it. My neighbour over the road works in the Youth Service. The next-door neighbour has left a trade to teach the trade, in my own house we work in education and social housing. None of us are larging it. When I worked in the investment banks it was hard work, it was long hours, but the fiscal rewards were considerable and when you left the office you could switch off. The work I do now cannot be left at the door, although you have to try. I can honestly say that the hardest work I have ever done has been in the public sector. Everything is target driven, quantified, quality assured, value-added. I cannot just point to all the students that always pass their qualifications as evidence of achievement, I have to measure their onward progression, their destinations, the signposting and support along the way. This isn’t peculiar to me, it is expected. Demanded. Bring the outside in say OFSTED, knowing full well this is the way to make learning stick but also aware it takes a lot more planning than a few worksheets, and don’t just do it – prove to us you do it. Evidence you’re doing it. Track you’re doing it and then measure your success and retention against targets (87% if anyone’s interested). All this in your hourly teaching rate. Oh yes. My colleagues and I are nothing if not value for money.

I’m not moaning (much). I like my job. I like it when people move on to jobs they thought would never be for them because we worked with them at some point in their journey. I like working with people who say they can’t do something and then find, actually, they can. Education can play part of the endless transformations people can have in their lives; it’s a bit addictive.

But I’m still thinking of becoming an entrepreneur. In the wake of these cuts, there will be job losses and if you stay in adult education what’s the point in walking with people down a road to a dead-end? Perhaps it won’t be that bad, perhaps the increase in funding for apprenticeships will help create jobs. I don’t know. What I do know is that the creativity and development skills you need to deliver against the skills for life curriculum for individual learners are exactly what you would need to create businesses and employ people. The advantage being the only boss of you is your profit and loss sheet. Maybe in the shorter term of predicted higher unemployment that’s what society needs. To survive the capitalist way (albeit with the pitiful 0.1% levy on banks’ balance sheets) maybe I’ll have to pretend to be one for a while.

Winston maybe, and probably a Dave

…the virtue of financial prudence…

we have to relearn this apparently. What a gem. Did it spill from the lips of a Victorian Do-Gooder hellbent on reforming the undeserving poor who would so tiresomely insist on lying in the gutters and supping gin with their beggings? No, it came from Georgie Porgie Osborne who is around my age, but is wedded to using the patronising, patriarchal language of a total twat.

Now that’s off my chest I can say that the budget has disappointed me, not particularly because of what it contained, but because it was pretty standard stuff. There are clearly many more ways to skin the cat of the budget deficit over the next few years and I had hoped that at least a few of them were going to be exciting, daring even. As far as I can see it is pay freezes, VAT rises and jigging with the handouts.

Oh what a missed opportunity George. You may be all natty and young, but your ideas are as old hat as the language you couched them in. Your cuts have not so much offered us one Saville Row suit to hang in our wardrobe, admire and try to diet into but, rather a selection of plastic supermarket suits that fit us all badly and are a magnet for dog hair.

Never being one for wall-to-wall criticism I would like to offer an alternative makemeadiva budget that I think could save money and look good too.

I would tax the layers 5% on losing stakes and the punter 5% on winning stakes. That way there’s an upside to losing and on a race like the Grand National you are looking at the deficit trousering about £5 million in one afternoon… 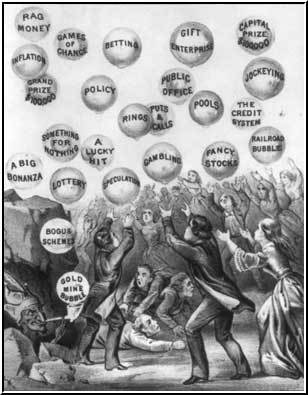 Tags: Chancellor of the Exchequer, George Osborne, The Budget

I am as nervous as a little pig this morning wondering what Osborne of the Exchequer might have in his briefcase for me and the other public sectors piggies who have been allegedly troughing away under the stewardship of Farmer Brown. My father has already identified a few savings that can be made from the swill bucket of the public sector – the Yorkshire Regional Development Agency having their own offices in Tokyo for example. Here on the sharp end, where I have never claimed a taxi fare ever or indeed the rent on a Japanese office, I am a bit more worried how savings might be made without impacting on some vital services. It’s too late now of course, but Chancellor if you huff and puff too hard you might blow the whole house down…

This is not a picture of a pig, a wolf, a fat farmer or a swill bucket, but it sums up what today will mean for many even better than I can!