There’s something about Gold Cup Day. For me, Champion Hurdle Day used to be the most nerve-wracking day of the Festival because it was Day One and I was always in love: Rooster Booster, Detroit City, Harchibald, Brave Inca and Hardy Eustace. It was the race I had invested in most heavily emotionally, and sometimes financially, because it felt more like a bit of me. It spoke to my passion for flat racing and as a lot of the contenders had flat racing pedigrees I had another angle in on the form. By Gold Cup day, I was too knackered to do anything more than enjoy the last championship race.

Then a few years ago in a conversation with a fellow punter, sitting in those elevated seats overlooking the course at another Cheltenham meeting, I mentioned that, to me, the Champion Hurdle had started to feel more like a sacrifical altar than a race. As I said it, I was looking out towards Cleeve Hill and imagining all those Champion Hurdlers coming round the top bend. It was one of those things you say, but weren’t expecting to. Since then, Tuesday at the Festival has seemed a little less vitally important.

Gold Cup Day, now on a Friday, stands alone. It never has seemed like a sacrificial altar to me and I don’t want it to start now! After all, if you’ve (the horse) have made it there with a serious chance its just like that line in the Sinatra song New York, New York about making it anywere…King of the Hill, Head of the Heap, Top of the List, King of the Hill la, la, la…

To culminate means to bring to a point of greatest intensity or completion, from the Latin root culminare meaning to crown, or culmen meaning the summit. And there is more. It also has a meaning relating to astronomy. To culminate in astronomical terms means that a star, or other celestial body, reaches the highest point above an observer’s horizon.

Gold Cup Day has its own Star today and I, along with most of the racing fraternity, are hoping beyond hope to see the culmination of Kauto Star’s most magnificent career. If he wins, I will surely be enjoying my own culmination: following the Star into my own celestial meridian. 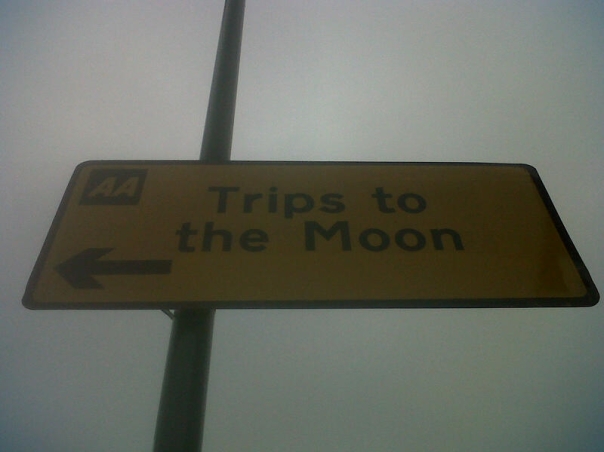 Conveniently down the road from my house

P.S. If Kauto Star doesn’t win, please let him come back safe with all the rest, and I know we will love him just as much, if not more, as before. And I will still play the Frank Sinatra tune tonight and toast the greatest jump horse I have ever seen.